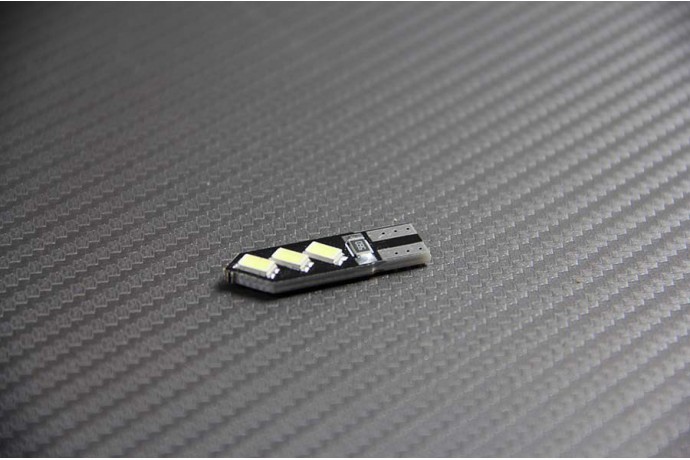 This model is composed of a flat T-10 cap, which equips a (very) large majority of motorcycle models produced from 1998 to nowadays.

It will also fit on over 90% of cars produced since the 2000's : ceiling light, position light, trunk light, license plate holder light etc. This an ideal model for the glove box light, requiring a very compact light.

The gain in lighing power is undeniable compared with the OEM bulb or light, with a clear white light.

This position light will fit on numerous motorcycle models, including :